Rivian R1T electric bakkie – What all the fuss is about – TopAuto

Rivian R1T electric bakkie – What all the fuss is about

The Rivian R1T electric pickup truck is expected to be the Tesla Cybertruck’s biggest competitor – and for good reason.

Rivian said it will provide sportscar-like performance and handling, while being one of the most capable vehicles in its class.

Rivian produces their own electric modular platform, which comprises a base unit with a quad-motor drivetrain, independent air suspension, a reinforced underbody shield, and up to a 180kWh battery pack.

The rest of the vehicle is bolted onto this platform, either in the form of an SUV (R1S), or pickup truck (R1T).

This makes it bigger than most bakkies on South African roads.

The company has not released any official output figures for the pre-production models, but the R1T is expected to deliver around 560kW and 1,200Nm when deliveries commence.

No complete charging times were provided by Rivian either, but they do say that 20 minutes with one of their DC fast chargers can add up to 225 kilometres of range.

Regardless of the actual numbers, it’s clear the production model R1T will be impressive when you take a look at its capabilities. Everything on this vehicle was designed with practicality in mind, and the cabin is no different.

An open-air removable sunroof will be available come 2022, and a Meridian sound system provides an immersive audio experience.

It’s also treated to all the latest cutting-edge tech.

A large infotainment display headlines the minimalist front fascia, alongside a fully-digital instrument cluster and a stylish multifunction steering wheel.

The cleverly-designed body then has a few tricks up it sleeves, with over 1,925 litres of storage between the front trunk and rear storage bins.

This is in addition to a hidden storage cubby between the cabin and truck bed, six power outlets, and several mounting spots for Rivian-made accessories – such as camping kitchens and rooftop tents.

This is done through the fitment of five radars, 11 cameras, and 12 ultrasonic sensors which constantly monitor a 360-degree view of the vehicle. Rivian has spent a lot of time testing the R1T. “It’s a learn-by-doing approach that has resulted in many of the ideas baked into our vehicles,” said the company.

Several features, such as the hidden storage cubby and camping kitchen mounts, were not on the first R1T – but found their way to later models as standard equipment.

The first two pickups, VIN #1 and VIN #2, were also sent on a 21,000km trip through South America for testing, and the company built their own charging network throughout the route to get the R1T into remote locations.

Testing and improvements on the pickup started in early 2020, and will continue until the first production model Rivian R1T hits public roads. 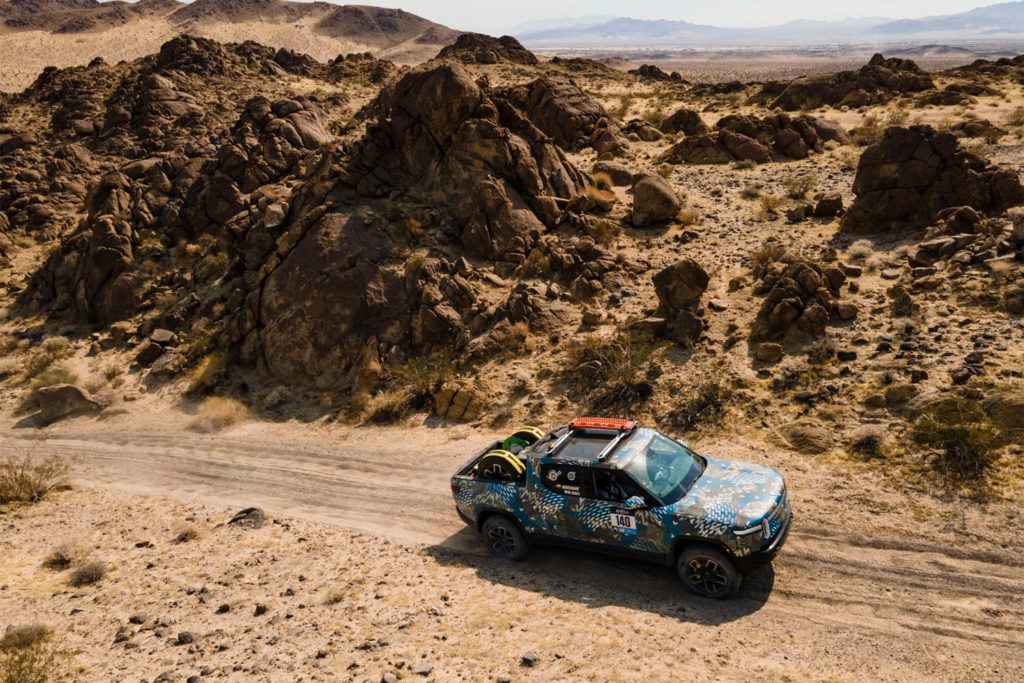 Beware buying a "written off" second-hand car in South Africa