Buying a Tuk-Tuk – What you need to know – TopAuto

Buying a Tuk-Tuk – What you need to know South Africa has seen a rise in tuk-tuks on its roads in recent years.

Buying and using one is not as straightforward as is the case with a car, however, as the law surrounding tuk-tuks on public roads details different rules for different uses.

According to Section 70 of the National Land Transport Act a tuk-tuk is defined as: “a three-wheeled motor vehicle designed or modified solely or principally for conveying not more than three seated persons, including the driver”.

Now that we know what a tuk-tuk is, how do we get it on the road?

First off, any tuk-tuk that comes into the country must be proven to be road legal.

Secondly, the act states that: “Tuk-tuks may be used for public transport services where relevant transport plans allow for this.”

Furthermore: “Where a tuk-tuk is so used the operating licence must stipulate the urban route, road network or area on or within which it must operate, as shown in the relevant integrated transport plan, and a maximum speed of operation.”

What this means for you as a potential tuk-tuk owner is one of two things.

Firstly, if you intend to use the tuk-tuk for public transport services, you must have an operating licence.

The moment a tuk-tuk is used for public transport services, the driver must have a professional driving permit and must adhere to the vehicle class speed limit.

However, if the tuk-tuk is only being used for personal services it does not need an operating licence – and normal provisions applicable to motor tricycles (stated in the act) applies.

This states that only a code A driving licence is needed to operate a tuk-tuk non-commercially.

All other road and traffic laws then apply to the vehicle and it may be operated on any road or freeway, provided its engine capacity exceeds 50cc.

The first tuk-tuks were barely recognizable as such. At the core they were Vespa scooters with two wheels fitted at the back and a flatbed bolted over the rear axle.

Modern units tend to have more covering, power, and space – and two companies which sell them locally are Piaggio and Atul.

Piaggio has a range of 12 models built for different uses – such as a passenger vehicle, a pick-up vehicle, and a delivery van.

The cheapest option is the Piaggio Apé City passenger vehicle at R65,500.

Prices then go all the way up to R110,500 for the range-topping Piaggio Apé LWB Multi Purpose Pick Up tuk-tuk.

Extra customisation is also available where the tuk-tuk can be branded to the customer’s liking, and it’s worth noting that special offers are available for fleet purchases.

At the time of writing there were used options for sale as well, starting at R34,999 for the Baja RE 4S.

Atul is a company that assembles their tuk-tuks at the DAS Port Elizabeth Assembly Plant.

It added that all its locally-assembled vehicles are “fully homologated and approved for use on South African roads, whilst a full range of parts and accessories for the vehicles are also carried and are readily available”.

Pricing for the Atul variants differ, however, as the company sells their products through various dealers and do not have a set price on their website. 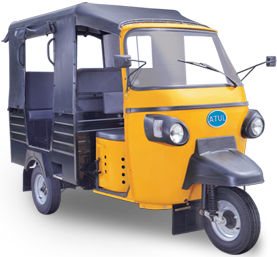 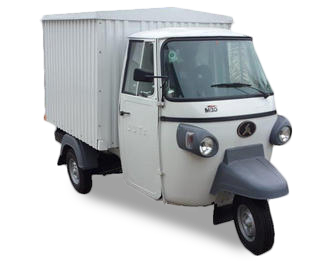