The coolest hot hatches from the 2000s – TopAuto

The coolest hot hatches from the 2000s The early 2000s weren’t particularly exciting in the automotive industry.

Designs were conservative and rounded, fewer models were available, and certain brands were still trying to find their feet in the unpredictable South African market.

We did have great cars such as the E46 BMW M3 and the Mercedes-Benz E55 AMG, but these were just as unattainable to the normal consumer back then as the modern versions are now.

Manufacturers saw this dilemma and realized there was a large gap in the market.

This led to the creation of the hot hatch.

Between the years 2000 and 2010, we saw the release of many hot hatches from several brands.

Not all of them made it, and South Africa saw very few at the end of the day.

Nevertheless, they were awarded to the public and for that, we are grateful.

Here are our favourites.

Audi introduced the first generation of the S3 in 1999, and even though it wasn’t strictly released in the 2000s it still featured prominently during the first half of the decade.

It used a 1.8-litre turbocharged engine and marked the first entry into this segment by the large German manufacturer.

The motor came in two variants, and generated 165kW of power and 280Nm of torque at its maximum.

This enabled the S3 to accelerate to the 100km/h mark in 6.7 seconds and further reach a claimed top speed of 243km/h.

Power was sent to all four wheels via an older version of the Quattro system, and this was controlled through a six-speed manual transmission.

It had innovative options such as a Bose sound system and cruise control, and was made available locally at the time. The first Ford Focus RS was released in 2002.

It was based on the standard Focus hatchback, but 70% of the parts were removed and unique RS components were put in their place.

The engine bay was filled to the brim with a 2.0-litre turbocharged Duratec engine – which produced 158kW of power and 310Nm of torque – and drive was sent to the front wheels via a 5-speed manual gearbox.

The interior was just as sporty as the exterior, and featured Sparco bucket seats, aluminium handbrake and pedals, and Imperial Blue details – the only colour in which the car was available. 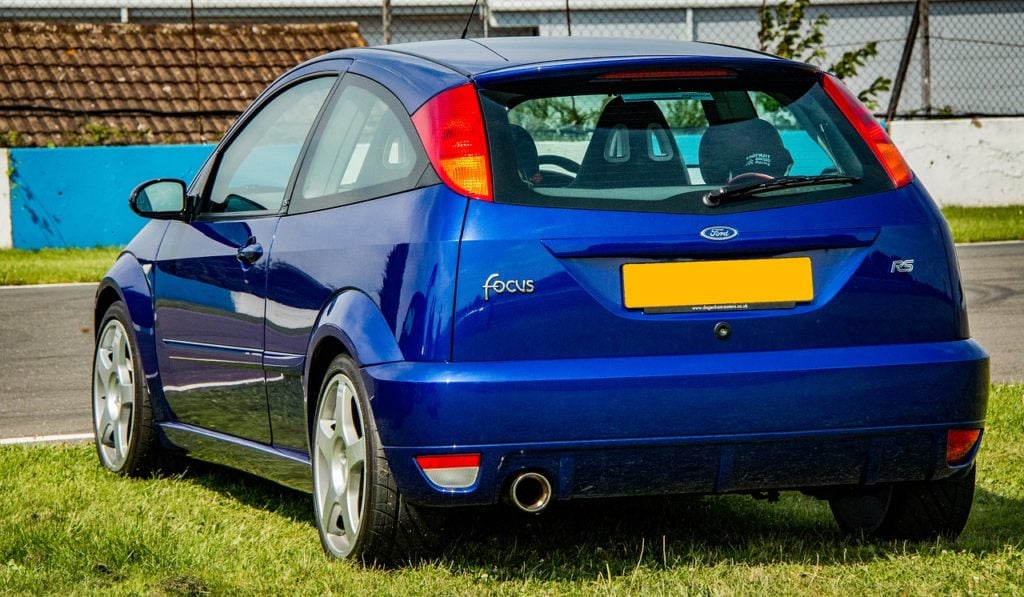 The Honda Civic Type R is now full of angles and panels and fins – but it was once a lot more subtle.

In 2007, Honda introduced the third generation of the Civic Type R – which was available in South Africa – as a smooth hatchback with flared fenders and large bumpers.

It was now bigger and heavier than its predecessors, and was powered by a 2.0-litre i-VTEC engine.

This generation of the Type R also came fitted with independent rear suspension and saw the extensive use of aluminium.

The interior was high quality for the time – as bucket seats were installed and a futuristic dash design with several knobs and screens gave it a distinctive look.

Regarded as one of the most insane hatchbacks ever made, the Renault Clio V6 from 2001 featured a 2.9-litre V6 engine that produced 169kW of power and 300Nm of torque.

Better yet, it was mounted on the back bench where normal versions usually had seats.

Power was sent to the rear wheels, and was managed via a six-speed manual gearbox.

Apart from the engine mounted in the back, the interior was relatively standard when compared to the non-V6 variants – and the only thing that made it special was the fitment of semi-bucket racing seats. No hot hatch list would be complete without the benchmark for hot hatches – the Golf GTI.

The Golf GTI range had its 30th anniversary in 2006 and with this came the introduction of the Volkswagen Golf GTI Edition 30.

It boasted 30 more horsepower than the standard version, and could hit 100km/h in 6.8 seconds.

Power was attained through a 2.0-litre turbocharged engine that produced 169kW and 300Nm of torque. Top speed was 245km/h.

To differentiate the Edition 30 further, a distinctive front bumper was added, along with 18-inch alloy wheels and a golf ball-style gear knob.

Power was sent to the front wheels and a six-speed manual gearbox was provided accordingly.

The interior featured half-leather half-plaid seats, a very VW-esque infotainment display and instrument cluster decorated the dash, and GTI logos were placed all over the place. How much it costs to replace tyres on a BMW X5, Audi Q8, and Porsche Cayenne