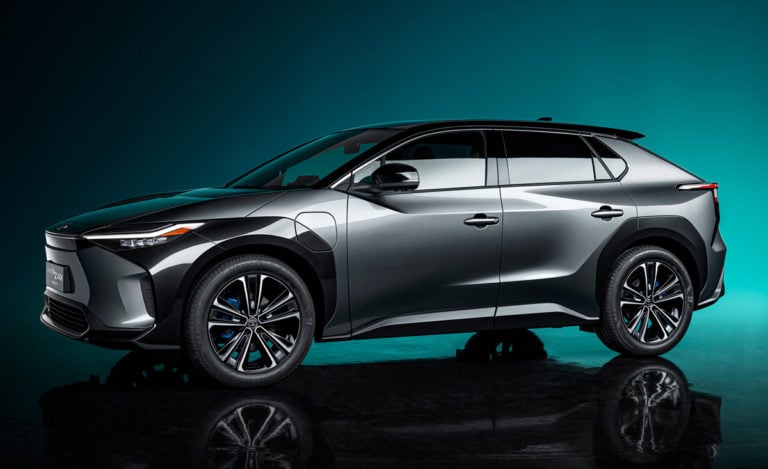 bZ stands for “beyond zero” and is a reference to vehicles which produce zero carbon emissions.

“Toyota is establishing a full line-up of electrified vehicles – with the aim of having 70 electrified models by 2025,” said the company.

The latest range will feature battery electric vehicles (BEVs), which is different from its popular Prius model – which is a hybrid.

“In its development of BEVs, Toyota has taken two distinct approaches based on the idea of utilizing the advantages of BEVs.”

This includes realising “mobility for all” – with a focus on small-capacity, short-distance, ultra-compact BEVs.

Toyota said the bZ series will be based on a BEV platform that can be used with vehicles of different sizes and design.

To assist with the development of vehicles on this platform, the company will partner with the likes of Subaru, Suzuki, and Daihatsu.

Headlining the launch of this electric vehicle line-up is the Toyota bZ4X – a concept SUV which is the first model in the bZ series.

The bZ4X electric SUV was developed in partnership by Toyota and Subaru.

“This new vehicle adopts the e-TNGA BEV-dedicated platform that was jointly developed by the two companies,” said Toyota.

“It takes advantage of the strength of Toyota, which boasts expertise in vehicle electrification, and Subaru, which possesses outstanding AWD technologies, and realizes driving performance that is both comfortable and enjoyable.”

Toyota said it plans to produce the Toyota bZ4X in Japan and China, with worldwide sales of the vehicle scheduled for the middle of 2020.

Photos of the Toyota bZ4X are shown below.