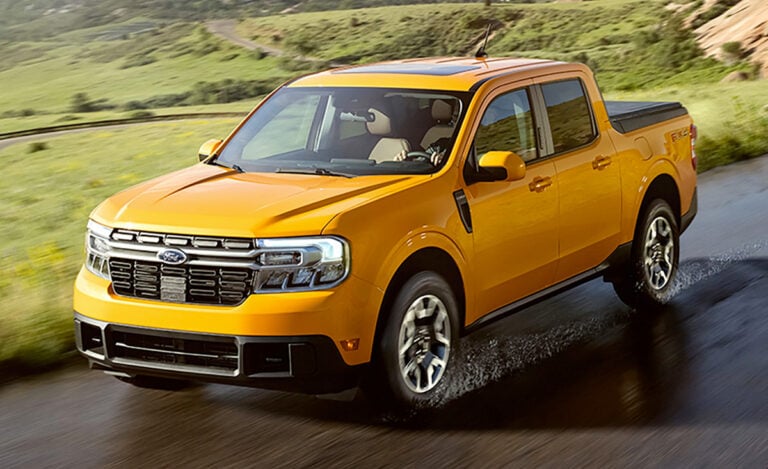 Ford Motor Co. expects to be the second-biggest seller of electric vehicles in the world within two years, according to Chief Operating Officer Lisa Drake.

Demand for Ford’s first electric vehicles — the Mustang Mach-E crossover, the new electric F-150 Lightning pickup due out next spring, and its E-Transit commercial van — is emboldening the automaker to ramp up production and raise sales expectations, Drake told investors Friday.

The company has sold 22,000 of the Mach-E this year despite the chip shortage and pandemic shutdowns, and retail reservations for the Lightning are nearing 200,000 units, up from 150,000 in mid-September.

About 75% of the Lightning reservations are from customers who are new to Ford, she said.

“We do expect within the next 24 months, based on the fact that there’s great demand on these products, that we would be the No. 2 EV automaker, probably close to 600,000 EVs a year, globally,” Drake said at the Goldman Sachs Global Automotive conference. “We don’t plan to stop there.”

Tesla Inc., the world’s top EV maker, is expected to sell 890,484 vehicles in 2021, according to analysts surveyed by Bloomberg.

Ford’s F-150 Lightning will face competition from Tesla’s Cybertruck and the R1T from Rivian Automotive Inc. The Mustang Mach-E is taking on Tesla’s Model Y crossover.

Ford said in September that it would spend $250 million to double capacity at the factory that builds the Lightning so it can spit out 80,000 trucks annually, up from a planned 40,000.

Ford broke ground last year at the Rouge Electric Vehicle Center in Dearborn, Michigan. The gasoline-fueled version of the F-Series truck has been the top-selling vehicle in the U.S. for four decades and is Ford’s biggest money maker.

Ford and South Korea’s SK Innovation Co. plan to spend $11.4 billion to construct three battery factories and an assembly plant for electric F-Series pickups in Tennessee and Kentucky, the biggest investment in the U.S. automaker’s history.

The battery plants will come online in 2025 and 2026. In addition to that joint venture, Ford also is buying cells from LG Energy Solution to supply the Mach-E and electric Transit van.

“When we start to bring on facilities like the Tennessee facility and others in the back half of the decade, we think there’s a clear ability to be No. 1, and we’re setting up all of our plants to do that,” Drake said.