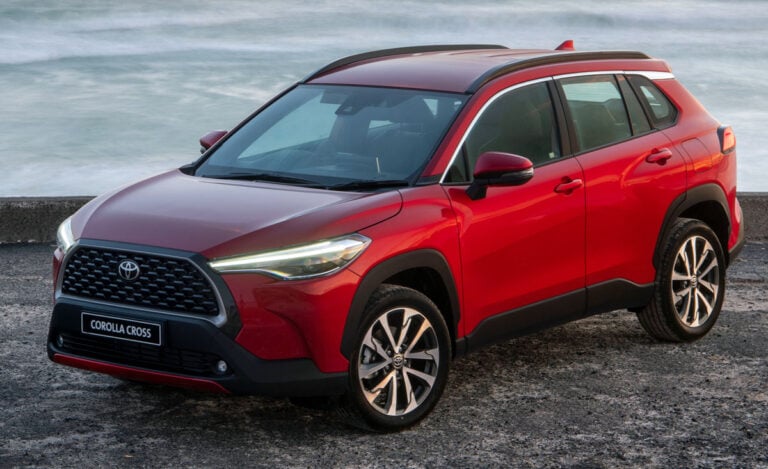 Toyota Motor Corp. finished out 2021 as the world’s top-selling automaker again, highlighting how the Japanese company has been able to keep production mostly on track despite a year of supply-chain turmoil.

Toyota group sales, which include those of its subsidiaries Daihatsu Motor Co. and Hino Motors Ltd., were up 10% to 10.5 million units for the year, the company said Friday.

That compares to group deliveries from Volkswagen AG of 8.88 million vehicles. 2021 marks the second straight year that Toyota has topped global sales, after clinching the position for the first time in five years in 2020.

The result underscores the advantages associated with being a deft manager of supply chains in a year full of disruptions ranging from Covid-triggered lockdowns to chip shortages.

In the early months of 2021, Toyota’s exhaustive monitoring of its supply chain and stockpiling of semiconductors enabled it to churn out and sell record numbers of cars. VW’s sales fell to their lowest in a decade in 2021, dented by supply issues.

The auto giants’ annual sales also demonstrate the relative strength of the U.S. car market — a stronghold for Toyota — versus Europe, where car sales in 2021 dropped to their lowest in decades.

Europe makes up around one-third of VW’s sales, compared to around a 10th of Toyota’s. Even so, Toyota did have, and continues to see, periods of upset. The spread of Covid-19 in Southeast Asia over the summer disrupted the automaker’s ability to procure key parts from the region, eventually forcing it to slash its annual production outlook in September.

More recently, Toyota said it will likely fall short of its goal of assembling 9 million vehicles this fiscal year through March due to persistent chip shortages.

Toyota is also facing mounting risks as the highly contagious omicron variant, which led to record case numbers across Europe and the U.S., begins to gain footing in Asia.

\Over the past few weeks Toyota has halted some production in Japan in response to its suppliers being impacted by Covid and workers on its lines testing positive for the virus.

Toyota was also forced to halt production at one of its key plants in Tianjin, China, earlier this month as authorities moved to carry out multiple rounds of mass testing on the city’s 14 million residents.

The clash between the omicron variant and China’s strict Covid-Zero policies has led analysts to warn of further disruptions in the world’s biggest auto production hub.

At the same time, Toyota is making arrangements to ramp up output in the coming months. The Japanese automaker aims to produce a record 11 million vehicles in the fiscal year beginning April, the Nikkei newspaper reported earlier this week without attribution.

A representative for Toyota declined to comment on its upcoming production outlook, but Purchasing Chief Kazunari Kumakura said earlier this month the automaker is targeting high levels of output.

“We’ll try our best with recovering production,” Kumakura said. Still “there are risks and with Covid continuing to spread, conditions are difficult to read,” he added.