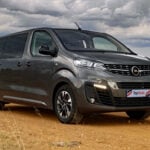 SAPREF – the largest crude oil refinery in South Africa – has announced it is stopping operations for “an indefinite period”.

The announcement was made by SAPREF’s shareholders BP Southern Africa and Shell Downstream South Africa, following “consultation with government, unions, and employees”.

At the time of the announcement, the pair said SAPREF is home to 35% of the country’s refining capacity.

“SAPREF shareholders have announced that they will commence with a spend freeze and pause refinery operations at SAPREF no later than the end of March 2022,” read their statement.

“This will be for an indefinite period, but with a restart possible in the future, including in the event of any future sale.”

The decision to stop operations at SAPREF was made to allow “an informed finalisation on the various options available to the shareholders”. This includes a sale – which is the most preferred option.

It was stated that full-time employees will not be impacted by the move, and safety remains a top consideration at the facility.

“Over the many decades since its establishment, SAPREF has made immense economic contributions at both a local and national scale. For this reason, we continue to pursue the sale of our share in the refinery so that it can continue to advance its legacy as a reliable, safe and productive asset,” said BP SA CEO Taelo Mojapelo.

SAPREF’s shareholders stated they will use “existing assets and trading arrangements” to ensure fuel supply to the country and their consumers continues.

Mojapelo added that measures have been put in place to ensure their customer-facing businesses in South Africa and fuel-supply obligations are not impacted.

These cars are changing what South Africans want in their garage