Alongside the sales launch of the new Suzuki Jimny GL in South Africa, the manufacturer has also released a Rhino Edition styling package.

The Rhino Edition styling pack brings back the Rhino logomark that first appeared on the Suzuki SJ-series 40 years ago, and can be had on each Jimny specification.

The launch of the mid-range GL, at a starting price of R336,900, now also brings the Jimny range up to five models.

If optioned, the new Rhino Edition styling kit will add the following design elements to the Suzuki Jimny:

Accompanying the launch of the Rhino Edition, Suzuki announced it will partner with its parent company and affiliates to assist with rhino conservation across the continent. All versions of the Jimny sport a 1.5-litre petrol engine, which produces 75kW and 130Nm and does 6.3l/100km on a combined fuel consumption.

Meanwhile, Suzuki’s AllGrip system allows the brakes and electronic stability control to operate individually on each wheel of the 4×4 for difficult off-road situations.

With a ground clearance of 210mm, this makes the Jimny a small and nimble car for journeys off the beaten path.

Other off-road features include hill descent control, a three-link suspension system, a ball-screw steering system which allows for direct steering while protecting the driver from sudden jerks from driving over tough terrain, and a low range transfer case.

Additionally, the GL version of the Jimny is equipped with electric windows and side mirrors, alloy wheels with a chrome trim, a multifunction steering wheel, Bluetooth sound system, and remote central locking.

The South African pricing for the Suzuki Jimny GL is as follows: 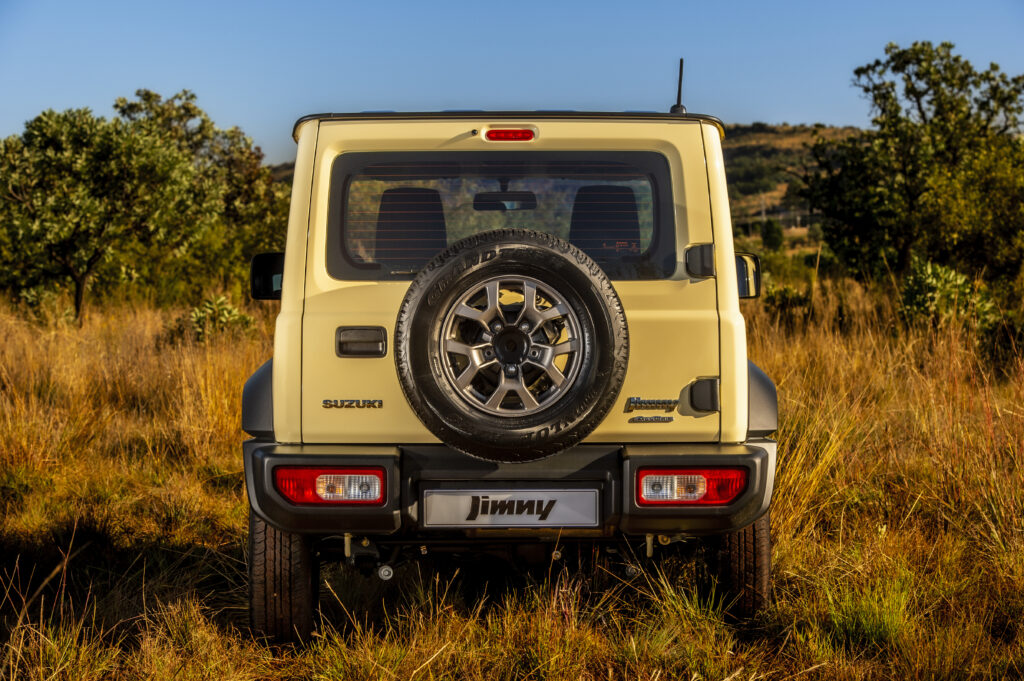 Nissan Ariya - The electric SUV that could make or break Nissan

Renault Alaskan and Duster Oroch bakkies - One is coming to South Africa, and one isn't