The annual Cars in the Park motoring festival will be returning to Zwartkops Raceway near Pretoria on the last Sunday of July, the 31st, and it’s expected to be the biggest show yet in the event’s history.

The 40th anniversary of Cars in the Park was scheduled to take place in 2020 but plans were upended due to the Covid-19 pandemic which lead to a three-year break in festivities.

Now, the anniversary will be celebrated in 2022 and it is set to be quite the spectacle according to the show organisers, the Pretoria Old Motor Club.

“There has been huge interest in the event, which is being run on July 31, 2022,” said chief organiser Frik Kraamwinkel.

“We are expecting no less than 150 clubs who will stake out their spots around the race track, and interest from stall-holders has been immense.”

What to look out for

The most recent Cars in the Park events attracted over 2,500 classic and collector cars, which brought in up to 12,000 spectators.

However, after the two-and-a-half years of lockdown, the organisers said they are expecting one of the biggest turn-outs ever.

That might just be the case, as the Lazarus Motor Company will also be celebrating its 65th anniversary in South Africa at Cars in the Park and it will set up a huge display of vintage Fords and special Jaguars.

“We plan to bring at least 20 classic cars to the event, and if we can get an early-production example in time, we also plan to show the all-new Ford Ranger pick-up there,” said Colin Lazarus.

The Lazarus group will also bring along a 1957 Thames Trader transporter that has been converted into a race-car carrier, a 1957 Ford Thunderbird, a recently-restored 1960 Jaguar XK150S, early-generation Land Rover Defenders, an original 1972 Ford Mustang Mach 1 with under 40,000km on the clock, and three spectacular Ford GTs.

Alongside the Lazarus display, the Austin 7 car club is celebrating the centenary of the small English commuter which debuted in July 1922 with a 750cc, four-cylinder engine.

In the Special Vehicles section of Cars in the Park, housed in the pits at the Zwartkops track, a rare 1922 Ford Model T as well as a 1914 Model T Speedster will also be on show.

A lesser-known Ford, the 1959 Thames 10/12 panel van, is on its way to the festival, too, recently being restored to original factory condition.

“With 120 car clubs exhibiting, you can be sure to see your favourite classic car on display at Cars in the Park,” said the organisers.

“Fans of Volkswagen Beetles and Kombis, Ford Cortinas and Escorts, rumbling V8-engined Mustangs, Camaros, and Chargers, and all sorts of other weird and wonderful machinery will be on display.” Ticket prices for Cars in the Park are as follows:

“Drivers of classic cars built before 1985 are admitted free of charge, and are advised to get there early, with gates for exhibitors opening at 6am,” said the organisers.

“The sheer volume of classics and other special-interest vehicles at Cars in the Park means that it is essential to get to Zwartkops for the opening time at 8am, if you want to see the whole show.”

For more information on Cars in the Park taking place on 31 July, visit the Pretoria Old Motor Club website.

Cars in attendance at the 2022 Cars in the Park 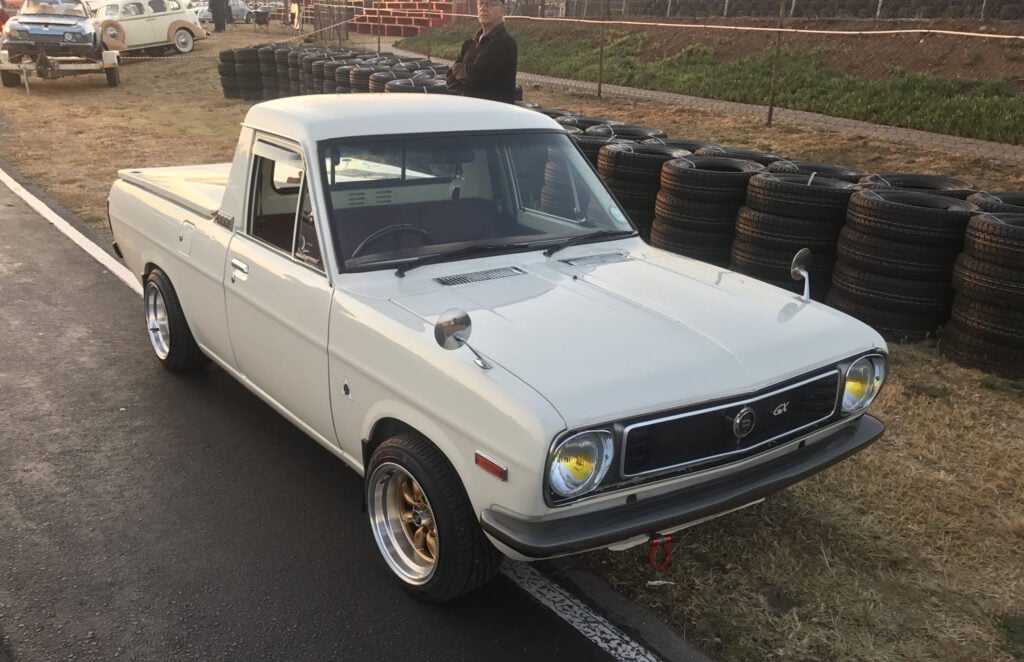