Audi has been on a roll with their electric vehicle releases of late, with the newest model being the Q4 e-tron.

The unveiling of the Q4 followed that of the e-tron GT, the company’s first all-electric coupe.

If you navigate to the Audi South Africa website, you will see these cars are listed – but their product pages state they are not fully confirmed for the local market.

TopAuto got in touch with Audi to find out if they are bringing these exciting new models to local showrooms.

Audi stated that the new e-tron GT and Q4 e-tron all-electric vehicles are “unconfirmed for local introduction at this stage”.

“Audi is on a global drive towards EV leadership across the world. In South Africa, the situation is slightly different,” said the company.

“We haven’t yet confirmed our local model line-up, nor have we clear indication on timing.”

The company did say that it is planning on introducing one of the e-tron SUVs in the first quarter of 2022, but that this project is still in the planning phase.

The Q4 e-tron comes in the conventional and Sportback body styles, and is powered by either a 52kWh or 77kWh battery.

The output levels vary depending on the chosen model, with three variants offering 125kW, 150kW, and 220kW.

Inside, it is as lavish as you would expect a German SUV to be.

Audi provides an MMI infotainment system with several large screens that offers control over the many features, while not going overboard with the whole “futuristic” element that usually goes hand-in-hand with new electric vehicles. The e-tron GT is the first all-electric coupe from Audi.

It is Audi’s interpretation of the ultimate grand tourer, with an electrical twist.

Both the standard and RS versions are powered by an electric motor on each axle, and both are driven by all four wheels.

Both offer driving ranges of up to 488km, and a 5-minute charge with the right charger is enough to add another 100km of range – according to Audi. 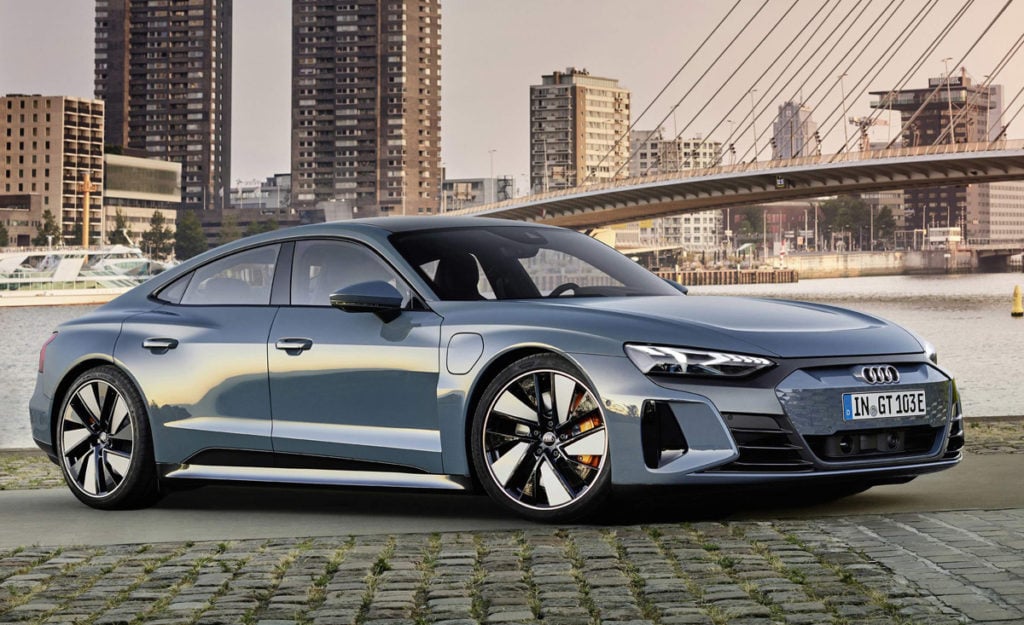