The history of the Nissan Z – Photos – TopAuto

The history of the Nissan Z – Photos Nissan Z cars have been in production since 1969.

They were widely loved in their early years and the first-generation 240Z became the world’s best-selling sports car – despite competing against Porsche, Jaguar, and MG in their prime.

Newer models are not that omnipresent, however, and the Z-Series stepped down as Nissan’s premiere sports car to make way for the larger and more powerful GT-R.

Below is an overview of the Z’s journey. Known as the Fairlady Z, the first generation was a beautiful two-seater which produced 113kW of power, 198Nm of torque, and raced from 0-100km/h in just over 8 seconds.

The acceleration was assisted by the lightweight body – weighing in at only 1,057kg.

It was also used for functions such as civil service, rallying, and track racing.

Thanks to its strong performance and good looks, the first-generation Nissan Z was the best-selling sports car in the world – managing 520,000 sales from 1970 until 1978, according to Nissan. This was the first Z-car to get the Nissan badge.

Surprisingly, the new and larger 2.8-litre motor produced less power than that of the first generation – 107kW – but increased torque significantly to 226Nm.

A 200kg increase in weight also dragged the performance of the 280ZX down, and resulted in a 0-100km/h time of more than 11 seconds.

The new model featured a new grille-less front end, sharper lines, and the same long nose and short deck that the Z was known for.

The main draws of the 280ZX were the more spacious interior and higher levels of comfort that it offered over the first generation. The 300ZX featured more angled styling than that of its predecessors, and once again received a new engine.

The V6 layout was favoured over the inline engine for its more compact size. This improved weight distribution and consequently also the handling and ride of the car – features which the 300ZX were admired for.

In the 1985 Japanese Rally Championship, it was a top performer, and managed first place in the 6th and 7th rounds – and ultimately took home the series championship.

The 300ZX was available in both 2-seater and 2+2 variants, naturally-aspirated or turbocharged, and had a T-top roof as standard. Also featuring the same 300ZX badge as the Z31 – due to the use of the same 3.0-litre V6 engine – the Z32’s main upgrades came in the form of a design overhaul and an extra turbo.

This new design followed the trend of the era and saw the Z-car given wider and lower styling, with heavily slanted headlamps, a more forward cabin, and a shorter overhang than the previous generations.

Once again two variants were offered – a 2-seater and a 2+2 – as well as a choice between naturally aspirated or twin-turbocharged engines. Nissan halted production of the Z-Series in August of 2000.

“However, the existence of the world-famous Z-car was too big for Nissan to throw away – as it represented its corporate DNA,” said the company.

It was then revived and, in January 2002, the world saw the unveiling of the 350Z at the North American International Auto Show in Detroit.

It received praise for its modern styling compared to the Z32, and a more traditional look reminiscent of the original Z.

This new model featured a naturally-aspirated 3.5-litre engine, which produced 206kW and 363Nm, and was able to accelerate from 0-100km/h in 5.9 seconds – the same as its predecessor. 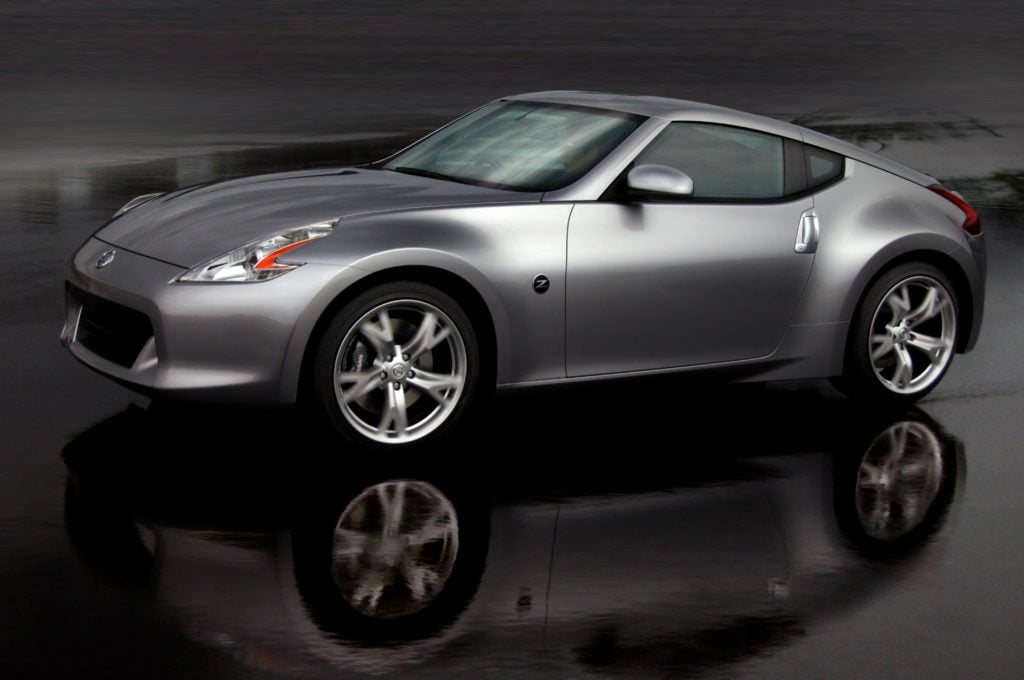 The 370Z is the current generation that you can still buy from Nissan showrooms – at a starting price of R778,900.

As an iterative upgrade from the 350Z, it features much of the same design and features.

Under the hood it gained an extra 200cc which bumped it up to a naturally aspirated 3.7-litre V6 engine and improved acceleration from 0-100km/h to 5.3 seconds.

The larger engine produces 245kW along with 363Nm of torque and, thanks to the absence of turbos, has a redline of 7,500rpm.

Nissan unveiled the next step in the legacy – the Z Proto – in September 2020 at a virtual event.

It signals the company’s intent to launch a new generation of the Z-car and features a complete generational redesign – inside and out.

Nissan has confirmed that the new car will launch with a V6 twin-turbocharged engine and a manual transmission, but has not released any performance figures as of yet.

The designers did a good job in combining the original look of the Z-car with a modern influence that’s more appealing to today’s market.

“With the Z, we’re bringing drivers the excitement of a pure sports car,” said Nissan.