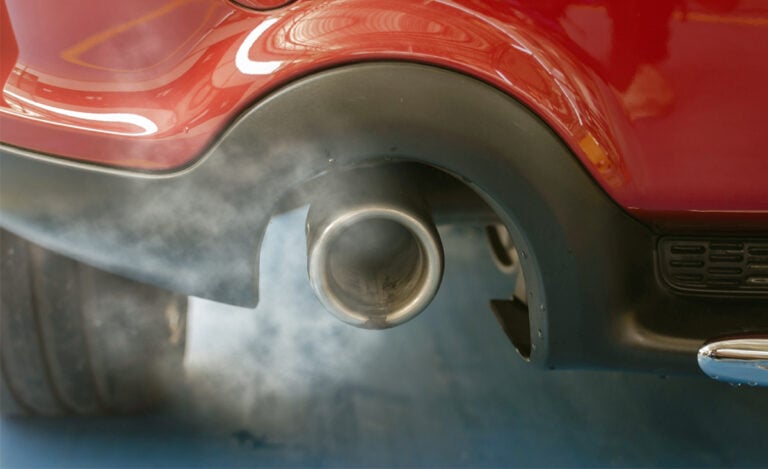 Between petrol and diesel, diesel is generally the dirtier fuel that produces the most harmful emissions to humans.

It’s true that emissions can be manipulated with particulate filters and catalytic converters, but diesel has a few inherent attributes that simply make it a less environmentally-friendly fuel.

In the past, diesel vehicles were punted as the key to reducing passenger cars’ negative impact on global warming due to diesel-powered engines obtaining 25-35% better mileage while producing less carbon dioxide (CO2) gas than equivalent petrol engines.

However, when it comes to fine particulate matter, those that have more of an immediate and drastic effect on human health, petrol is the clear winner.

On paper, diesel motors generally produce less CO2 and greenhouse gases than their petrol counterparts, mostly because this fuel type has a higher compression ratio that gives it better driving range and fuel consumption

Since the compression ratios are larger, there is more air in the cylinder chambers, leading to more chemical reactions that release a wide variety of additional gases past just CO2, according to YouMatter.

Among these pollutants are nitrogen oxides (NOx) and fine particles such as aromatic hydrocarbons, ethane, and ethylene.

While particulate filters on newer diesel cars are able to remove as much as 99% of these harmful microscopic particles, the finest bits still make it into the atmosphere.

In comparison, petrol cars produce fewer NOx gases from the get-go and make use of a catalytic converter to lower their emissions, resulting in an average of 30% fewer NOx gases being emitted than equivalent diesel engines, as stated in a report by The Conversation.

In this case, the council compared the emission values of multiple VW Golf 7 hatchbacks featuring different powerplants that comply with “Euro 6 emission standards.”

The results were that the diesel VWs emitted between 148-163g of CO2 per kilometre, whereas the petrol VWs put out a lower 140-157g/km. The end of diesel

Despite South Africans still loving their diesel-powered bakkies and SUVs, a mass exodus of diesel engines is taking place due to the industry shift towards fully-electric vehicles.

An early sign of this is the increasing number of hybrid cars being produced, each one being equipped with a small petrol unit rather than a diesel.

This is because the costs to produce diesel-hybrids are higher due to complexity, the overall improvement in performance is marginal in comparison to petrol-hybrids, and electric and diesel motors have non-complementary torque curves so they do not pair as well, according to Green Car Reports.

Hybrid cars are steadily taking over manufacturers’ catalogues in the pursuit of a battery-powered future, and diesel motors are being left behind as a result. Porsche even swore off diesel back in 2018.

VW Polo review - Deserves all the praise it gets