A new frame assists in an overall weight loss of 6kg when compared to the previous model, too, and a lower seat with a larger front storage compartment improves general ease-of-use.

The new Honda NC750X features a range of upgrades over the outgoing model, most notably a 2kW bump in power with a higher rev redline.

The engine pairs with a six-speed manual transmission as standard, with an optional dual-clutch transmission also available with this new model.

Shorter ratios for first, second, and third gears provide a quicker acceleration than the previous generation, while a “slipper clutch reduces lever load and keeps the ride smooth on rapid downshifts”.

The throttle by wire drive system then provides three default ride modes – Sport, Rain, and Standard – as well as a user-customisable option that provides fine control over throttle and braking response, torque control, and gear changes.

Lightweight ABS brakes are standard across the range, too, and 17-inch aluminium wheels are fitted. The new NC750X features a sharper and more minimalist design than the previous model, said Honda, made possible by the redesigned tubular steel frame.

At the front, updates include a new LED headlight with daytime running light, slimmer side panels and side covers, and a new windscreen.

Its storage area is also enlarged to 23 litres, now able to store an adventure-style helmet, according to the company.

Additionally, it receives a new full-colour LCD display, as well as a “wave” key feature which will not let the motorcycle start if the ID chip in your key and the one embedded in the motorcycle do not match.

A full range of Honda-approved accessories are then available when ordering your NC750X, along with a choice of four exterior colour options.

The South African pricing and model line-up for the new Honda NC750X range are as follows: 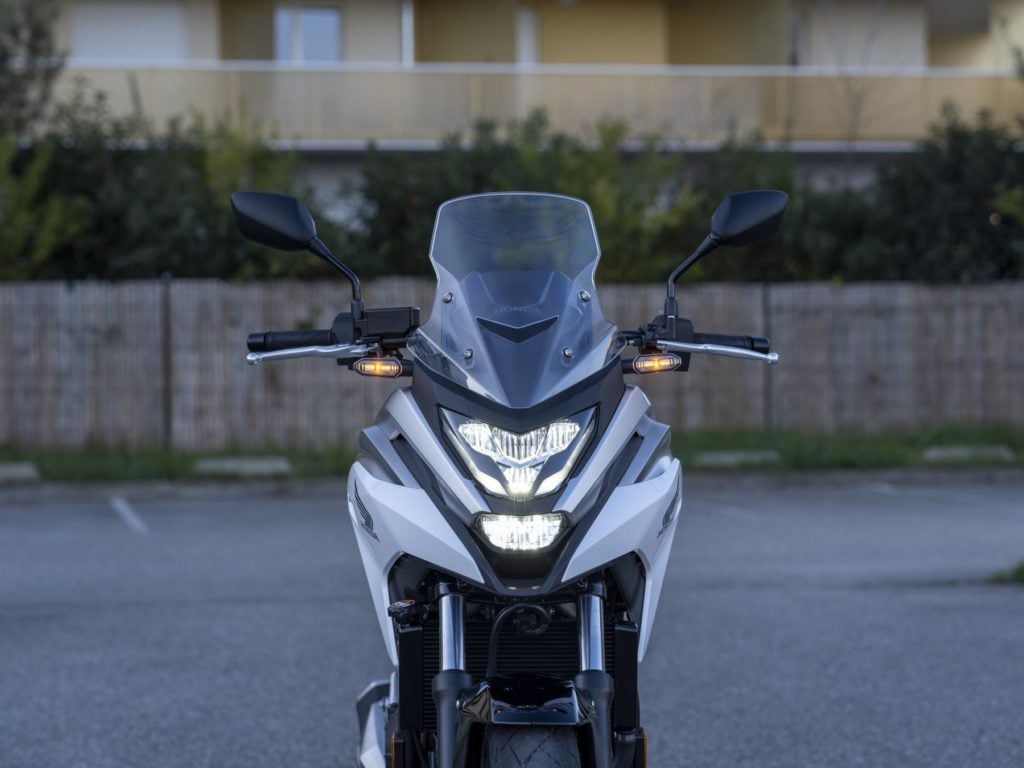