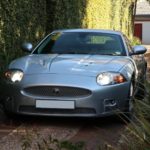 South Africa’s Administrative Adjudication of Road Traffic Offences (Aarto) Act will be rolled out in multiple phases, and each will run for around three months.

This is according to a report by MyBroadband, which spoke to Road Traffic Infringement Agency (RTIA) spokesperson Monde Mkalipi about the implementation plan.

The Aarto is due to come into effect on 1 July, and brings several changes to driving rules in the country – including the enforcement of a driver demerit system.

Under the new system, drivers will be given demerit points when they break traffic rules – with a set amount of demerit points allocated depending on the severity of the offence.

The Department of Transport announced in May that the Aarto will be implemented over several phases, but no specific time frames were given.

Transport Director-General Alec Moemi said in May that the first phase of the Aarto rollout will consist of “setting up the registry and other requirements”.

Speaking to MyBroadband, Mkalipi stated that the Aarto will be put in place over five phases – with each lasting around three months.

The finer details of the plan will be announced at a later date, however.

Mkalipi said phase one of the rollout plan will include working with municipalities to set up servicer outlets, and hiring staff to work at these outlets.

It will also include checking the IT infrastructure they have in place is sufficient, and that it can work in conjunction with the National Traffic Information System (Natis).

The RTIA will launch a national training programme with licence authorities across South Africa, too, said Mkalipi.

“After that we can go to phase two,” said Mkalipi.

Importantly for drivers, it has not been decided how the demerit points system will be phased in.

This would ultimately be up to the Minister of Transport, said Mkalipi – adding that the necessary legal requirements will need to be in place to use the demerit system.

Several organisations have raised concerns about the implementation of the Aarto, including the AA.

Their concerns have been echoed by the City of Cape Town, which said it was considering its options to challenge the implementation of Aarto.

“We believe it is ineffective in reducing road fatalities. The other objection would be related to the powers of law enforcement where Aarto legislation appears to conflict with local government’s mandate as far as it relates to traffic and parking,” said the City’s Mayoral Committee Member for Safety and Security, Alderman JP Smith.