New Nissan Z – All the details Nissan has unveiled the new Z, the seventh generation of one of the company’s most iconic model lines.

This Z builds on the “human-machine” bond of its predecessors with a new and more powerful engine, a manual transmission, and a specially-tuned chassis that makes this “the best Z yet” – said the company.

The new Nissan Z is expected to launch in the US in the second half of 2022, and it will be available in two standard trim lines – Sport and Performance – and one limited-edition specification.

The seventh-generation Nissan Z is powered by an all-new 3.0-litre, V6, twin-turbo petrol engine paired to a six-speed manual transmission as standard.

A quick-shifting nine-speed automatic gearbox is available, too, said Nissan.

Nissan has not revealed the official acceleration or top speed of the new Z, however. This rear-wheel-drive Nissan is the first of its kind to feature an advanced launch control system in the manual Performance specification.

All the automatic configurations will also have this ability.

In addition, the manual derivatives are fitted with a carbon fibre driveshaft and a downshift rev-matching feature that will make any driver look like a professional.

“When it comes to delivering predictable, responsive handling, the engineering team took a multi-prong approach – especially for high-speed driving and cornering,” said Nissan.

The front and rear shock dampers were then adapted to a monotube design, resulting in a smoother ride over uneven surfaces. The design of the new Z looks back to its predecessors, with its long hood and short deck.

According to the company, countless hours of owner feedback and prototype sketches led to the decision that the “Z should travel between the decades, including the future.”

The boxy design of the Z  provides the modern look that the company was after, while the LED headlights are reminiscent of the 240ZG.

Further inspiration taken from the past is found in the low roofline that leads to a rear edge that sits slightly lower than the front fender – a design element that flows down from the very first Z.

The rear lamps also find their roots in the Z32 300ZX of the 1980s, while the front bumper was shaped with knowledge gained during the development of the GT-R.

Additionally, the Performance models get a functional rear spoiler to mitigate rear lift. The vintage inspiration of the exterior continues to the interior of the Z, where the cabin is “designed to fit the driver and passenger like a glove”.

As with many of its predecessors, this generation features three analogue gauges on the dash – for boost, turbo speed, and volt – while a new 8-inch infotainment display and climate control switches bring a modern touch.

Furthermore, a personalisable 12.3-inch digital instrument cluster, a new-look gear shifter, and a deep-dish multifunction steering wheel are included across the range.

New seats also get a suede back insert with layered material to create “depth and a gradation effect”, and the entire cabin can be had in one of three interior colours – graphite, red, and blue.

Alongside the two standard models, a limited-edition Z Proto Spec will be on offer, said Nissan.

“Production of the Nissan Z Proto Spec is limited to 240 units,” said the company. 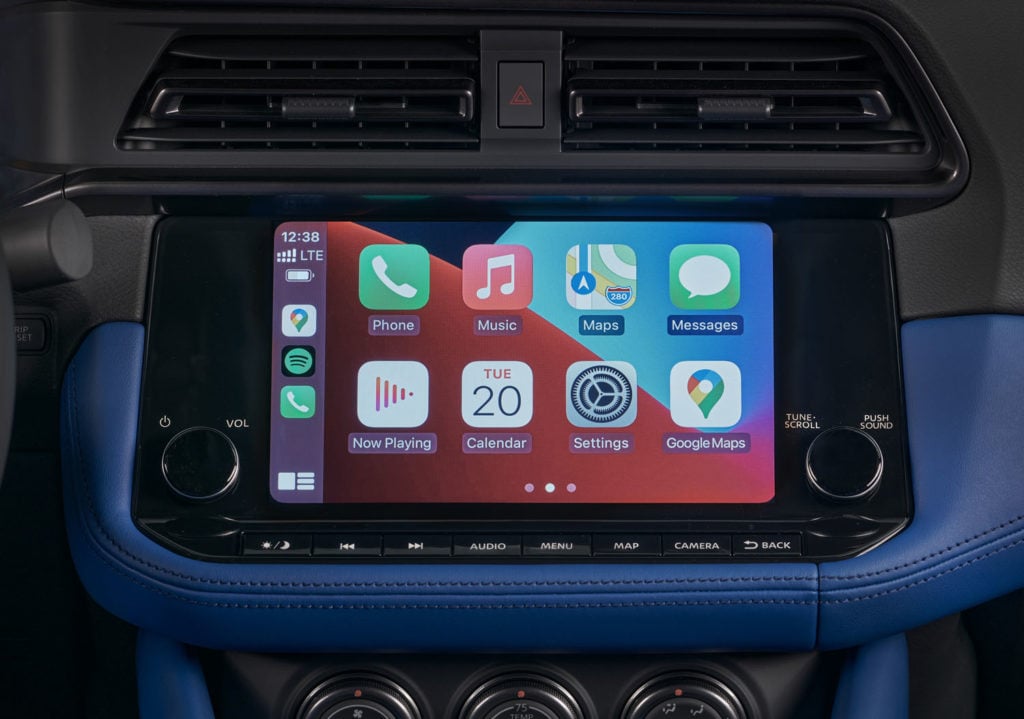