This year’s Legends & Classic Auction will see 100 automotive classics and rare collector cars go under the hammer in Johannesburg on 4 December.

The sale will see vehicles like the Ford Capri Perana, Ford Fairmont GT, and Alfa Romeo GTV 3.0 V6 roll across the floor.

The 2021 Legends & Classic Auction is the second annual venture between Creative Rides and High Street Auctions, and is expected to bring buyers both from South Africa and internationally.

“This year we’re offering an even more exceptional selection of automotive classics representing design and build ingenuity from three continents. There isn’t a classic car collector in the world who’ll want to miss this auction.”

The first is the Ford Capri Perana, the “only V8 Capri ever sanctioned by Ford and with only around two to three hundred ever made,” said Derrick. Another standout model mentioned by Derrick is the 1970 Ford Fairmont GT.

“The Super Rhino was a tremendous performance car, rocketing from 0-100km/h in 6.5 seconds and topping the speedo at around 210km/h, which at the time made it the fastest production car in the world. Since it was only produced for three years, it was and remains an extremely rare car and a collector’s dream find,” he said. A Mercedes-Benz W186 Model 300 Adenauer will be going on auction, too.

“Produced in the early 1950s, these Mercs were in direct competition with Rolls-Royce and at the time were the conveyance of choice for numerous heads of state,” said Derrick.

“Design-wise they were way ahead of their time – even in the 1950s offering buyers optional features such as VHF mobile phones and dictation machines.” An exceptional Alfa Romeo GTV 3.0 V6 that was built for the local Group 1 racing circuit rounds off the cream of the crop for this year’s auction.

“Although the 2.5 V6 improved on most areas of the less-powerful GTs, the 3l was another level with lowered suspension, a large front spoiler, and a fibreglass bonnet with air inlet scoop and a bulge design to accommodate the six-pack Dellorto carburettors.”

“And while the GTV 3l was specifically built for racing, Alfa faithfully stuck to the rules that at least 212 cars had to be homologated and made available for sale to the public. It’s one of these rarities that we’ll be auctioning at the end of the year.” 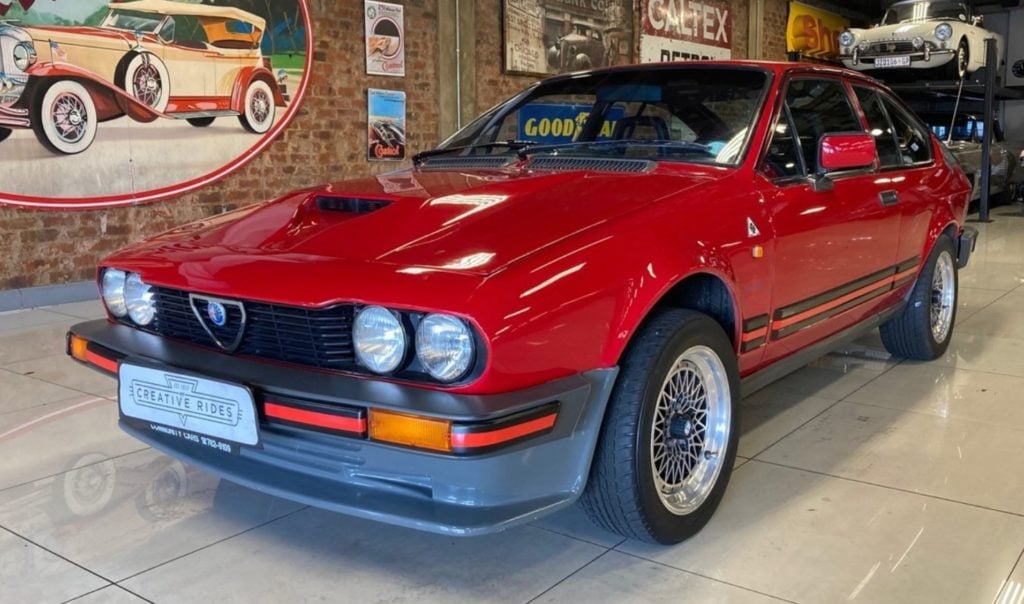 The combined live and virtual auction will begin at 11:00am (CAT) on Saturday, 4 December at the Creative Rides Showroom in Bryanston.

All bidders must register with FICA documents prior to the auction, and a registration fee of R25,000 is applicable, which will be refunded to any unsuccessful bidders on the day