The VW Golf R is the ultimate interpretation of a Golf.

It’s an angry all-wheel-drive hot hatch with more features, better looks, and a higher output than the rest of the range.

The R is less popular on South African roads than the front-wheel-drive GTI, however, potentially due to the premium you need to pay to get this model.

Luckily, you can find many bargains on second-hand marketplaces.

The previous owner of this particular vehicle was an enthusiast, as this Golf R is nowhere near stock.

From the provided photos, a few visual elements stand out immediately as being aftermarket.

The bonnet of this R has been wrapped to mimic the look of carbon fibre.

The original VW wheels were swapped for aftermarket replacements, and the headlights have been smoked a bit.

From certain angles it also looks like the suspension could have been lowered by a few centimetres – but this may be camera trickery.

It also appears to be in good condition. There are no visible scratches, dents, or bumps on the outside and the paint looks shiny.

The same sentiment carries over to the interior, where the Dekra Condition Report states: “Normal wear and tear marks on body, interior, and mechanical parts according to age and mileage”.

The leather upholstery has no tears or ugly marks, and there are few to no scratches on the panels.

It must be noted that the report returned two diagnostic errors found on this Golf R – one for the wheel dampening electronics and one for the Aux port on the radio.

Other than this, the vehicle inspection concluded that no repair costs are needed – and the Dekra Condition Report photographs revealed no horrors hidden below the shell. 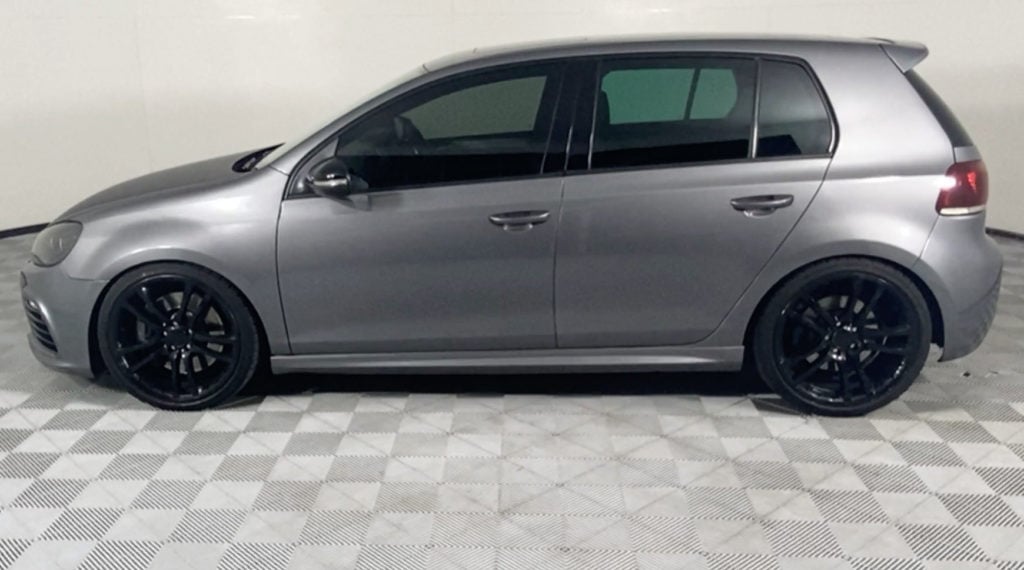 The Golf R has the highest level of standard equipment in the range, and in 2011 this was no different.

Along with buying the most expensive Golf at the time, the original buyer also splurged on options such as an electric sunroof, dynamic chassis control, and an updated sound system – all of which are fitted to this vehicle.