VW Tiguan R coming to South Africa – What to expect VW has confirmed that it will launch two more SUVs in South Africa this year, one of them a high-performance version of the recently-released Tiguan.

Following VW’s naming conventions, it will be called the Tiguan R and gains cosmetic enhancements to make it look the part.

This is complemented by the fitment of an uprated 2.0-litre “EA888 evo4” engine – the same motor found in the Golf 8 GTI and Golf 8 R.

Beyond stating that South Africa will get the new Tiguan R, the local arm of VW has not said much else.

To get a better picture of what to expect from this SUV, we can take a look at its German spec sheet.

The main feature of the Tiguan R is its 2.0-litre, turbo-petrol engine generating 235kW and 420Nm – 73kW and 70Nm more than the most powerful Tiguan that is currently for sale in South Africa.

Drive is distributed to all four wheels via a 4Motion system with R-Performance torque vectoring and a seven-speed auto-box, while also equipped with a “rear final drive with two multi-plate clutches.”

“This system does not just distribute the drive power between the front and rear axles, but also distributes it variably between the left and right rear wheels,” said VW. The table below shows how the Tiguan R-Line currently for sale in South Africa stacks up against the Tiguan R in the German market. While the looks and engine of the Tiguan R are exclusive to the model, we expect its interior and equipment to be similar to that of the R-Line variant that heads the local Tiguan line-up.

Many of the high-end features of the Tiguan R-Line are also expected to be standard on the R, such as the 8.0-inch infotainment display, touch-sensitive multifunction steering wheel, electric tailgate, automatic LED lights, tri-zone climate control, Vienna leather seats, heated front seats, and an electric driver’s seat.

The VW Tiguan R will launch in South Africa in the third quarter of 2022.

No local pricing has been announced for this model as yet, but it will slot in above the Tiguan 4Motion R-Line which sells for R738,400. 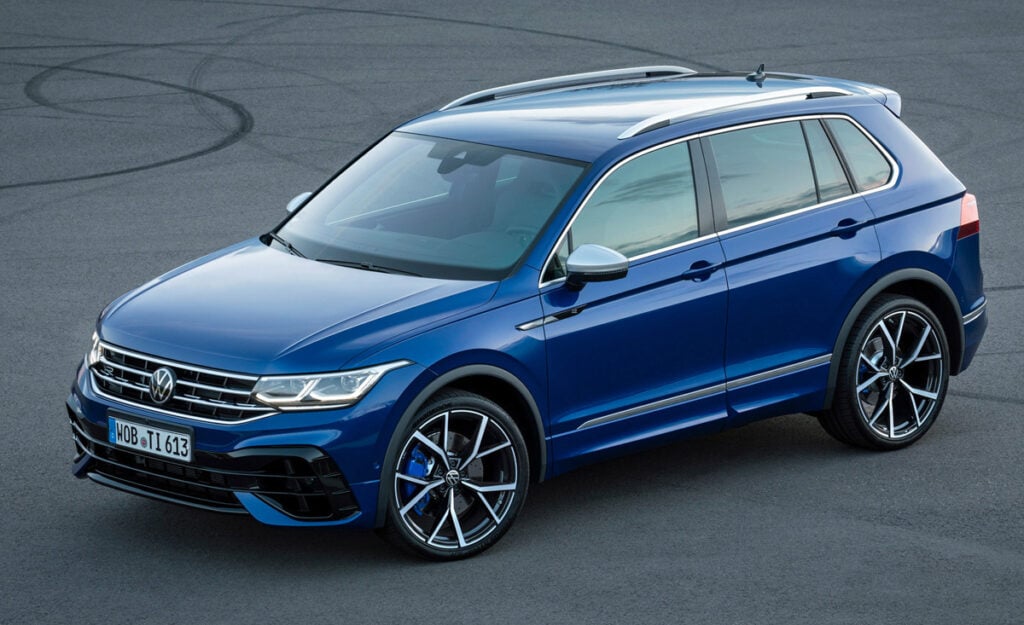