What Audi and Porsche have to gain from Formula 1 – TopAuto The announcement that Porsche and Audi want to lend their names to Formula 1 comes at a high point of popularity in the U.S. for the world’s most glamorous racing series.

Miami’s first-ever F1 Grand Prix will run on May 8. Race-day ticket prices hit $1,342 (R21,539) this week on the secondary market, more than prices for the NBA finals, Stanley Cup, and World Series, according to the ticket-seller TickPick.

Luxe hotel, restaurant, and entertainment packages are selling for as much as $110,000 (R1.7 million).

More than 240,000 fans are expected to attend the sold-out event, with 82,500 surrounding the track in Hard Rock Stadium.

Experts credit the popular Netflix documentary Formula One: Drive To Survive with stirring a surge of U.S. interest in the once-obscure sport founded in Europe in the 1950s.

“The F1 Grand Prix has always been a popular event, but it hasn’t become the story that this Miami Formula 1 race has been,” says Brett Goldberg, co-founder and co-CEO of TickPick.

“A fair amount of it was the success of the Netflix documentary. That itself has brought massive awareness to the U.S.”

Race organizers in Miami have said they plan to increase capacity in coming seasons. A second new American race is scheduled for November 2023 in Las Vegas.

How They’ll Do It

Much remains unclear about what it will mean for Porsche and Audi as they buy their way into the prestige of a sport that reported annual revenue of $2.136 billion (R34 billion) across its 22-race calendar in 2021.

Race promotion—companies and promoters paying to be associated with F1’s grandeur—was the biggest revenue stream, accounting for 40% of total income.

There are three ways Audi and Porsche could enter such a blue-blooded field.

They have already supplied engines to other teams.

This year, for instance, Mercedes supplied engines to four of the 10 teams on the F1 grid; Porsche briefly supplied turbocharged engines to McLaren in the 1980s and to a team called Footwork (formerly Arrows) in the early 1990s. Stronger options are to buy an existing team and use that platform for their own engineering, or to launch a bona fide factory team, like Ferrari’s, which would demand hundreds of millions of dollars in research, engineering, and other investment—not to mention years of time refining the new technology for a race.

Spokespeople from both brands declined to answer questions about whether joining F1 means launching such a team, or if they would go another route such as supplying engines and technology for others.

Audi’s plans are less advanced, though progressing, Diess said. Audi may offer around $556.3 million (R8.9 billion) to acquire McLaren as a means to enter, according to some reports.

“Both premium brands see it as the right decision [to join F1] and are prioritizing it,” Diess said during a town hall discussion in Wolfsburg, Germany, on May 1.

He declined to specify the timing or exact nature of the commitment.

Winning in Formula 1 bolsters brand image and awareness across multiple segments of consumers, Goldberg says, which translates to car sales.

It is no coincidence that some of the coolest inventions now popular on modern sports cars—big rear wings, paddle-shifting, and carbon-fiber elements to help increase efficiency—directly descended from F1 cars.

“Your [potential] Porsche enthusiast, your sports car enthusiast—they don’t always translate to NASCAR, but they do translate to Formula 1,” he says. “That’s a wealthy group of individuals.” In addition to potential car sales, Porsche and Audi teams could also make money from co-branding and sponsorships.

The most successful racing teams such as Ferrari, Mercedes, and Red Bull count multimillion-dollar deals with sponsors and advertisers like Oracle, Puma, Tag Heuer and Walmart.

They could also win hundred of millions of dollars in prize money.

Roughy 47.5% of F1 profit makes up the prize money, which is then divided into two categories: Half goes to the F1 and its shareholders; half goes to the teams, which divvy it up based on final standings for the year.

“The sport in North America [is] under-viewed, under-monetized, under-everything,” said Greg Maffei, the president and CEO of Liberty Media, which owns F1.

“I don’t think that gets solved in a week, but I think that’s an interesting long-term opportunity.”

A Risky Bet on a Marketing Goldmine

There are some risks to joining F1, especially for Porsche, which built its brand image on the plucky race cars and rallies of the 1960s, ‘70s and ‘80s.

For the power brokers at VW, the old adage “win on Sunday, sell on Monday” still holds true. (Cars that win races instill consumers with a favorable view of their brands and make people want to drive the street-legal cousins of the winning cars.)

“We are assuming that in 2026 or 2028, Formula 1 will be the biggest motorsport spectacle in the world—even more than today—bigger in China, bigger in the United States,” Diess said.

“And with that, also the largest marketing platform for premium vehicles.”

But “win” is the operational word. For Porsche, which got mixed results in Formula E and races only occasionally, in lesser-known series such as Le Mans, entering F1 but faring poorly would potentially hurt the image of VW’s most profitable brand.

Porsche has built its allure on the back of a highly successful (non-F1) racing car, the 911. As Porsche’s most profitable vehicle, the 911 contributes 11% of Porsche sales by volume while accounting for roughy 30% of earnings.

Aston Martin, for instance, has suffered this season as its drivers continue to finish at the back of the pack.

While the company also faces other headwinds, such as a disappointing initial public offering and subsequent churning of top management, the fact that the British brand is currently ranked ninth of 10 teams doesn’t help morale among loyal fans, or win new ones for the brand.

Rumors have circulated for months that Aston Martin racing team owner Lawrence Stroll is looking to sell it.

Ferrari provides the gold standard case study for the power of F1.

It is the world’s strongest brand in all categories for nearly a decade, according to the Annual Brand Ranking report that balances scorecard of metrics evaluating marketing investment, stakeholder equity, and business performance.

Ferrari makes just over 11,000 cars per year but trades on a gargantuan footprint of loyalty, heritage, and a winning tradition bolstered largely by its longstanding involvement in F1.

Cumulatively, the Italian supercar maker and racing team are worth more than $27 billion (R433 billion).

“The embodiment of luxury, Ferrari continues to be admired and desired around the world,” wrote David Haigh, the CEO of Brand Finance.

“It is no wonder that many consumers, who might never own a Ferrari car, want a bag or a watch emblazoned with the Prancing Horse.” 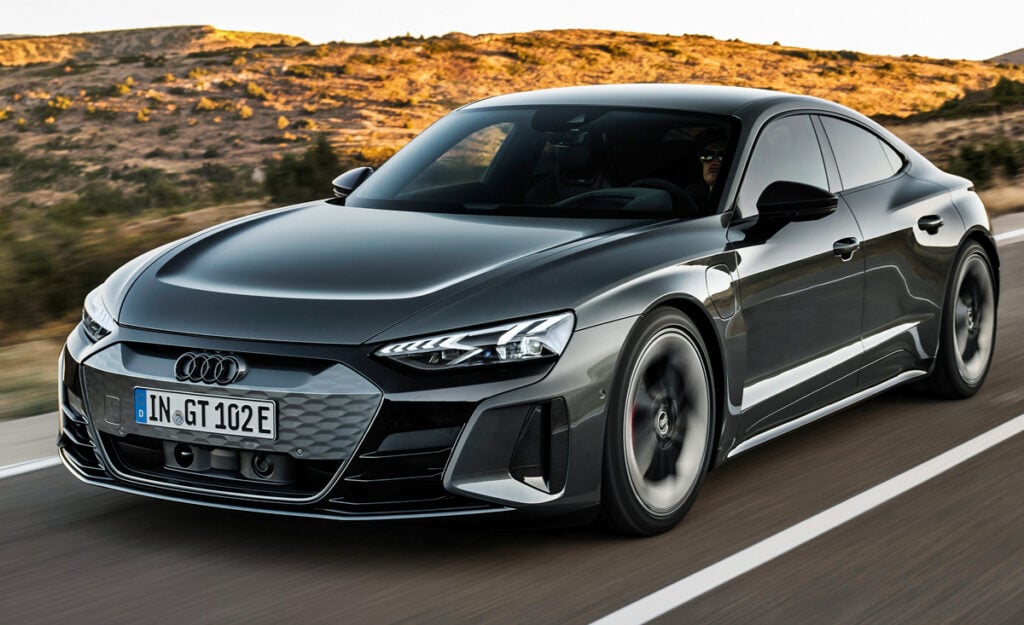 The success of Ferrari’s racing cars on the track in the 1950s and ‘60s built the fame and reputation that fueled the appetite for the brand’s first popular road-going cars; its million-dollar icons such as the F40 drew close parallels to the race cars of the 1980s.

Its fans, known as Tifosi, are the most notorious force behind any F1 team on the planet.

In 2017, one in three F1 fans described themselves as Ferrari supporters, according to a F1 fan survey in 2021.

The caveat is that on the world’s best-known race track, you’ve got to win to stay popular—and feel you’re getting your money’s worth from the more than $145 million (R2.3 billion) budget required to field a team.

In the years since 2017, Ferrari fell off its competitive race pace and has lacked the star power of a driver such as Mercedes’s Lewis Hamilton.

It’s no coincidence that last year, just 18%—fewer than one in five—of racing fans still described themselves as supporters of the brand. (Sales of Ferrari street cars nonetheless rose.)

Close observers might observe a bump in popularity after this year: Ferrari is currently running in first place in the constructors team standings.

There’s also the question of how entering an old, fossil fueled race series could help sell electric vehicles, which Audi and Porsche have committed to selling extensively.

The brands have timed any move carefully. A rule change stipulates that in 2026 all F1 race cars will have new engines that are more electrified and run on synthetic fuel.

The adjustment levels the playing field for any brands that might want to enter the series. All will be building engines to comply with the rule change.

“You can’t enter Formula 1 unless a technology window opens up, which means, in order to get in there, a rule change so that everyone starts again from the same place,” Diess said.

It was unclear whether ownership of Rimac, a Croatian battery provider and automaker, might play a role in Porsche moves to develop technology for itself or others in the series.

A spokesperson for Porsche declined to say whether making an F1 move means Porsche would withdraw from Formula E.

Diess, for his part, was more direct: “It’s really only Formula 1 that counts,” Diess said. “If you do motorsport, you should do Formula 1, as that’s where the impact is greatest.”