The new Peugeot Landtrek recently made its local debut and is looking to take on the Toyota Hilux.

This new Peugeot double cab has a starting price of R579,900 for the two-wheel-drive automatic Landtrek Allure  – pinning it directly against the entry-level, two-wheel-drive, automatic Hilux Double Cab Raider.

While the Peugeot might be R33,600 more expensive, it offers a wide range of tech and features.

The Toyota Hilux Raider was introduced in February 2021 and updated in November.

Both it and the Landtrek are the “value-oriented” models in their respective ranges, offering a healthy mix of features and abilities – but sacrificing refinement as a result.

This is apparent from the Hilux getting black door handles, black side steps, halogen headlights, no daytime running lights, no roof rails, and no style bar in the loadbox.

This carries on in the passenger compartment, with this Toyota offering a urethane steering wheel and gear lever, fabric seats, and more black plastic door handles.

The Landtrek Allure, on the other hand, has chrome door handles, all-round LED lights with daytime running lights, no side steps, integrated roof rails, a style bar, and a silver underbody skid plate. The central screen on the Peugeot is 10 inches, whereas that on the Hilux is 8 inches.

Alongside the above-mentioned features, this Landtrek model comes with dual-zone climate control with rear-seat vents, rain-sensing wipers, a push-start button, and a refrigerated glove box – with the Hilux only offering a manual aircon.

In terms of safety and assistance features, both the Landtrek and Hilux have front and rear parking sensors, hill-start and descent assist, trailer sway control, and ABS with traction and stability control.

The Hilux kicks it up another notch with brake assist and seven airbags, while the Landtrek only gets six airbags and no brake assistance. As these are utilitarian bakkies, their attraction does not lie in the cabin – but rather in their abilities.

The Landtrek range is only available with a 1.9-litre, turbo-diesel engine generating 110kW and 350Nm.

This Hilux is fitted with a 2.4-litre turbo-diesel engine putting out 110kW and 400Nm.

Both engines connect to a six-speed automatic transmission that sends power to the rear wheels, achieving a combined fuel consumption of 7.3l/100km in the Toyota and 8.9l/100km in the Peugeot.

Despite the newcomer’s significantly smaller engine, it beats the Toyota in most categories by towing up to 3,000kg while supporting a maximum load capacity of 1,085kg.

This Hilux tows a maximum of 2,750kg and supports up to 855kg in the rear loadbox.

Additionally, the Peugeot can wade waters of up to 600mm deep – but sits 235mm from the ground. The Hilux’s ground clearance is rated at 286mm.

The Peugeot’s approach, break-over, and departure angles come in at a relatively aggressive 29, 25, and 27 degrees, respectively, with a maximum scalable incline of 40 degrees.

Additionally, the Hilux gets a limited-slip differential – which is not available on this Peugeot.

Another factor to take into account is reliability. The Toyota Hilux is renowned for being reliable, robust, and durable.

If anything does go wrong, the large Toyota dealer network in South Africa also means there is little downtime for any vehicle.

Conversely, the Peugeot Landtrek is untested in the local market – and this could make bakkie buyers hesitant to move away from established models like the Hilux. 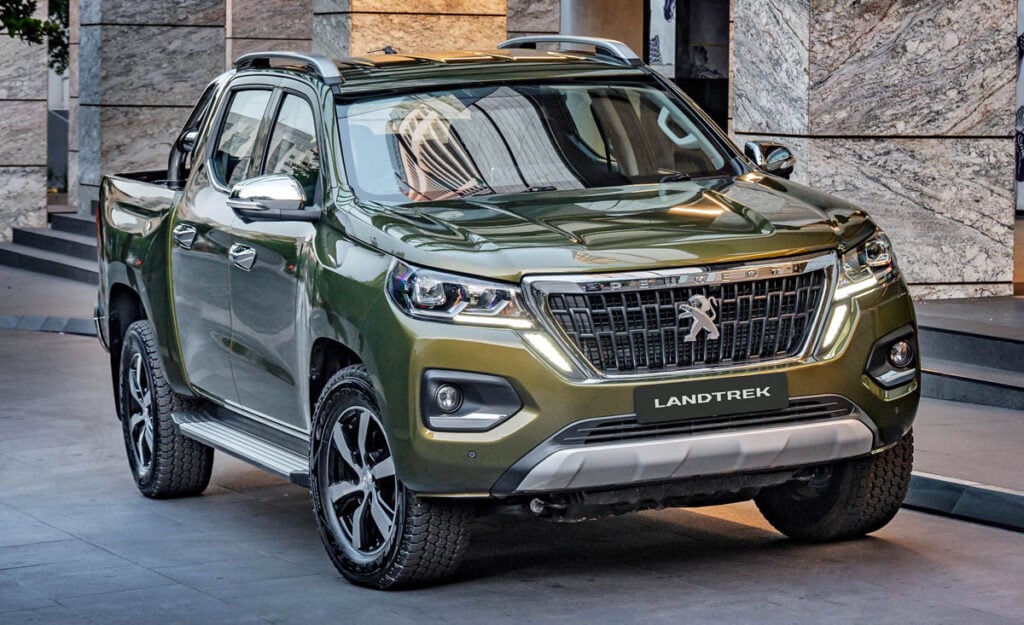 Most expensive cars to own long term - Electric vs Petrol